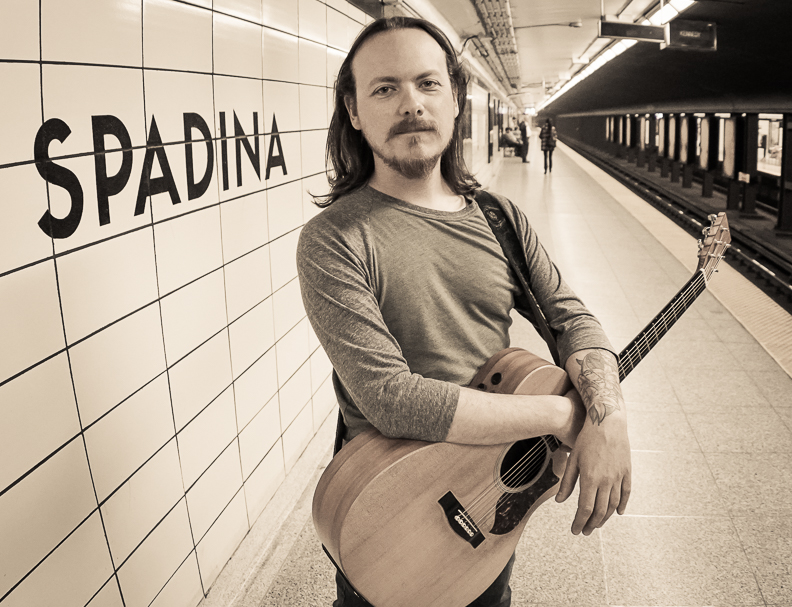 Rob‘s originally from British Columbia, and has been living in Toronto for just under two years pursuing music. Rob’s a self-taught musician, playing professionally for about 20 years. His sound is influenced by styles from punk to the blues. Rob got into the TTC subway musicians program unintentionally, finding out about the program the day before the application closed and successfully made his way through the audition. Rob has been a subway musician since October 2015, and you can find him playing his makeshift drum, a pedal fastened to a suitcase, at various stations across the system.

You can see Rob playing in his band, Rob London & The Ragged at various venues around the city. They will soon be releasing their second EP, and then heading out on their second Canadian tour.