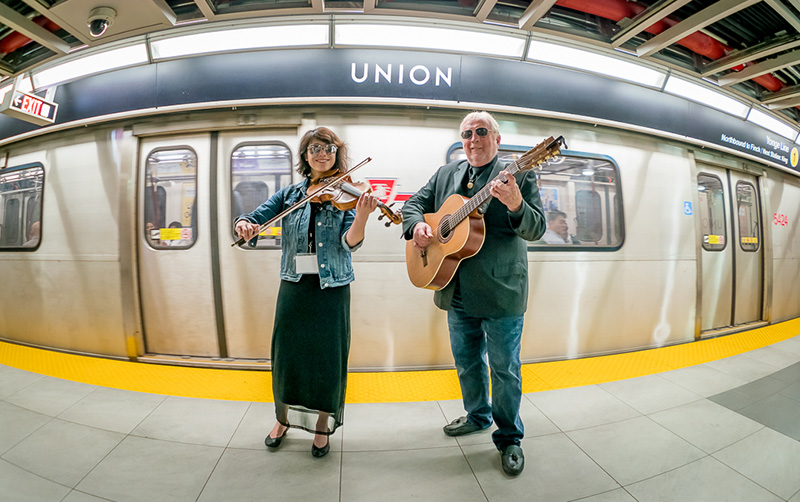 Mel Harrietha and Natalie Wong create a unique sound that leaves customers wanting more. Mel can be found using a combination of vocals, guitar, bass, and tambourine. Natalie sings and plays the violin. Their music is a combination of Spanish Gypsy, Chinese Traditional, and Classical with Rock 'n Roll tones. Both musicians have been passionate singer-songwriters since a very young age. Natalie received the ARCT performance diploma at the Royal Conservatory of Music, and majored in violin performance at the University of Toronto. She is a member of the Niagara Symphony Orchestra, and has also been playing with the Sudbury Symphony, Kitchener-Waterloo Symphony, Toronto Concert Orchestra, Opera York, Casa Loma Orchestra, Sneek Peek Orchestra, University of Toronto Baroque Chamber Ensemble, National Academy Orchestra, and many more. Mel is a self-taught musician and perfected his art with help from his friends. His great-great-great grandfather was Basque, and still is a large influence in Mel’s Spanish music style. Outside of the subway musician program, the pair can be found playing at various venues as the band Urban-Gypsy, alongside Subway Musician Leo Zhang.

Connect with Mel and Nat