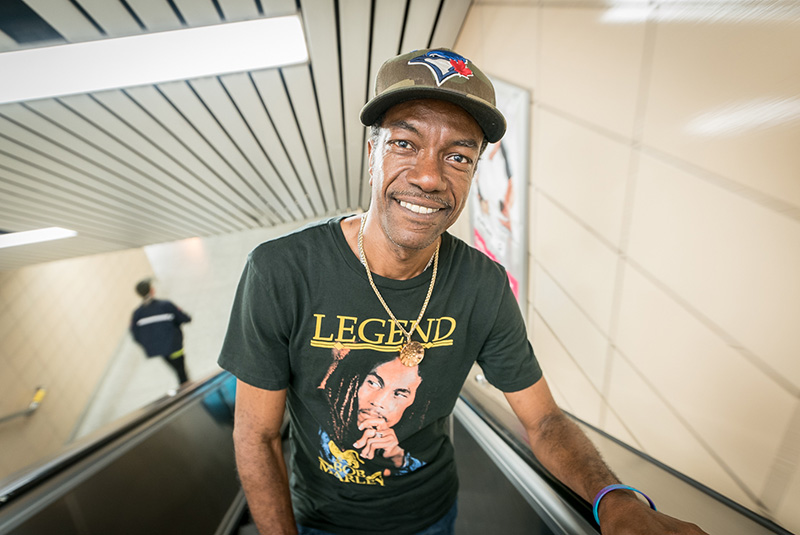 The steel drum has always been a part of Dwight Belgrove’s life. His father and some friends formed a band around the time he was born, which lead to his love of the unique instrument. He can be found playing R&B, folk, calypso, jazz, reggae and pop, and his favourite song “Melosian Rhapsody”. Dwight’s main musical influences are from Trinidad, where he lived until 1992, and artists such as Michael Jackson and Stevie Wonder.

Our Subway Musicians have some great stories and experiences to share! Check out their profiles and videos to get to know some of our talented underground performers.