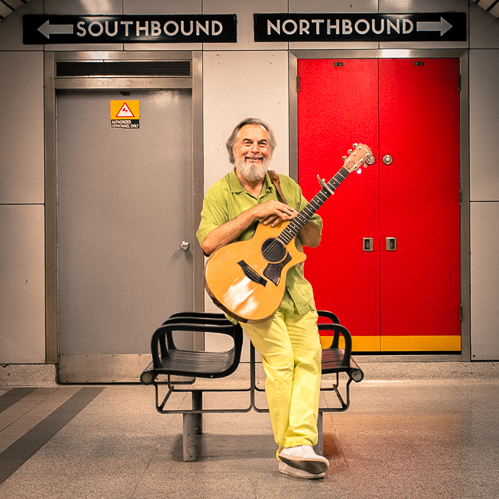 Joseph Taylor is a subway musician veteran and has been playing for almost two decades in the program. Taylor is a vocalist, guitarist and songwriter who is known for both his humorous and original material, as well as for his ability to perform multiple musical styles with ease. He loves to engage with his audience while playing in the subway system, often tailoring his musical pieces to the individuals walking by.  His musical offerings include rock, pop, folk, jazz, blues and even opera! When Joseph is not performing in the subway system he is busy appearing in feature films, commercials, television programs, and live stage productions.