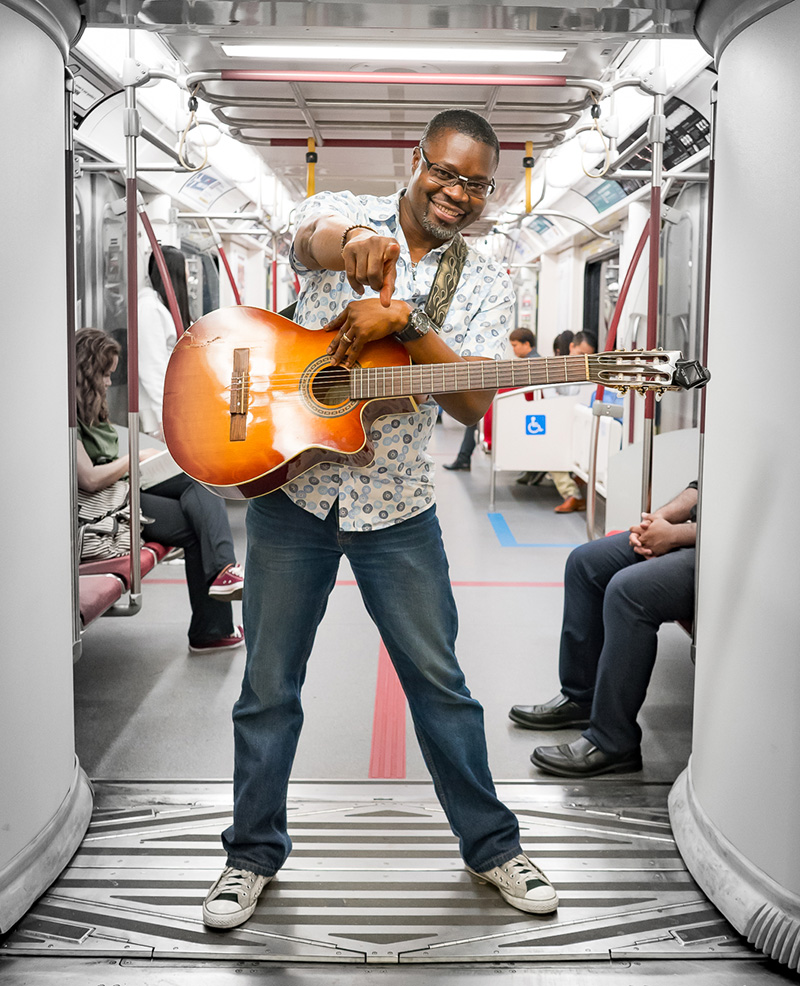 Dieufaite Charles moved to Toronto from Gonaives, Haiti in 2010 and became a TTC Subway Musician in 2012. Every day Dieufaite plays in the system it gives him joy knowing that he impacts the souls of commuters as they pass by. His music is described as one that inspires and transcends with a captivating, uplifting energy. His music style is mixed with rhythm of Haitian roots, R&B, reggae and soul, which he calls “The African Soul”. His musical influences are Eddy Francois, Salif Keita, and the band Boukman Eksperyans.

Dieufaite learned to play piano, flute, recorder, harmonica and guitar, but found his true connection with the acoustic guitar. He has played at many festivals such as, Afrofest, Haitian Heritage, Carassauga Fest, Haiti En Follie, and Francophonie en Fete.