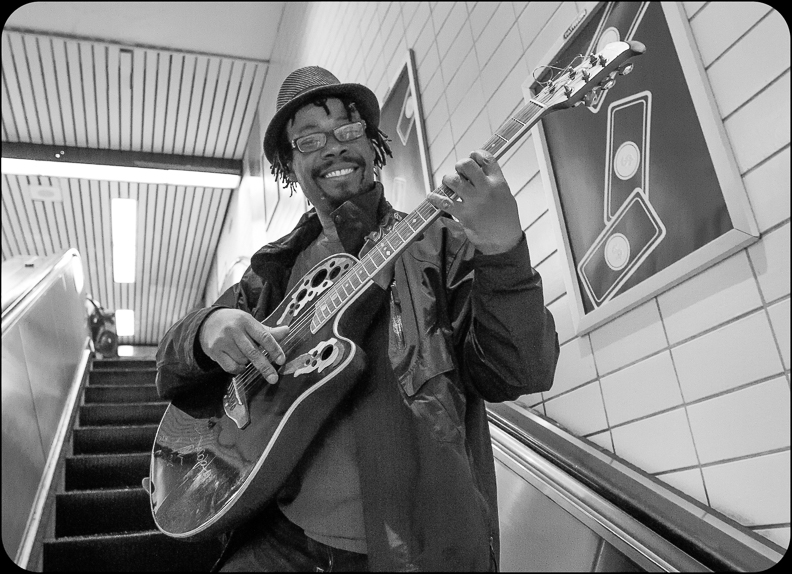 Adam is a 2005 Juno Award winner and a double winner at the Toronto African Music Awards for Best Release and Best New Performers in 1997. Adam was born in Mombasa, Kenya. He began performing at an early age, playing kivoti (flute) and kayaamba (shaker) at village celebrations and festivals. He established his career playing lead guitar and singing on recordings and videos with Kenya's most popular bands and musicians.

Adam was a co-founder of Canada's great pan-African band, the Afronubians, with whom he toured western Canada. Adam has also done several live recordings with the CBC, and has toured extensively across Canada, performing at music festivals as varied as Afrofest and the Toronto Street Festival, Whistler Festival, Winnipeg Folk Festival, Montreal Jazz Festival, and the Blues Summit for the Toronto Blues Society.