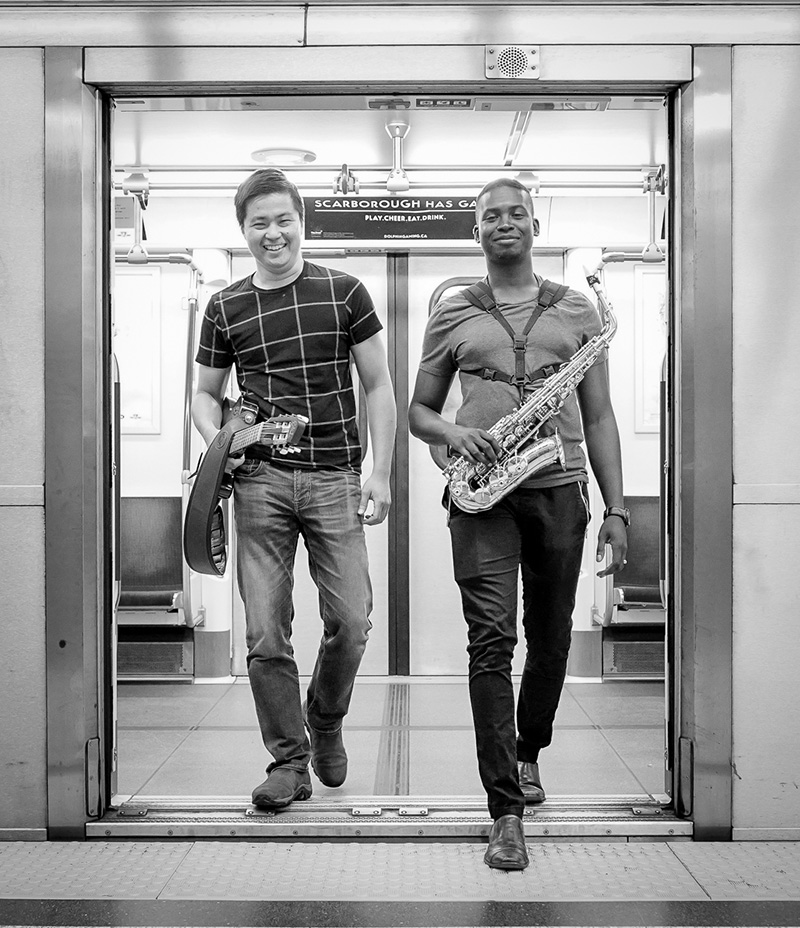 Martin Kuwawi started his guitar career in Indonesia and later decided to move to Canada to study music further. Kevin Cato is a saxophonist, soloist, and recording artist, who graduated York University with a Fine Arts degree, and has shared the stage with artists like Mary J Blige, Men Without Hats and Guido Basso to name a few.

The duo came together because of their love for jazz when they met in their program at York University. Martin has played at many events and venues in Toronto such as the TD Toronto Jazz Festival, Beaches Jazz Festival, Canadian Music Week, Drake Hotel, Dundas Square and Mel Lastman Square. Kevin was a 2008 GMA nominee and received the Elm-Bedford prize for “Up-and-Coming Jazz Musician”.

The two have been playing together in the system since 2010; however, Martin played solo as a Subway Musician the year before.

Connect with Kevin and Martin