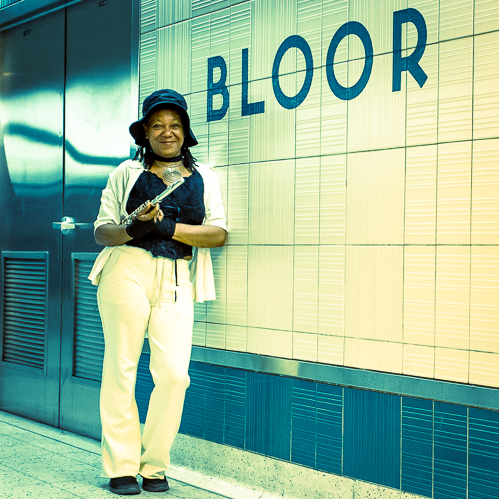 René Eryn's enjoyment exploring music began at the age of nine, while participating in community theatre and music classes. The flute was her first and remains her favourite instrument. Early years of school band were enhanced at the Canada Music Academy in Ottawa. She has played in various ensembles in rock, reggae, gospel, folk and funk. René Eryn's musical influences vary from classical to world music.

She contributes music to community programs, shelters, festivals, private events,  and in commercials, weddings and even yoga studios. She also plays on other local musicians’ recordings. René Eryn's is the winner of Toronto's Millennium song writing contest with her composition "Toronto 2000 We've Come A Long Way.” In addition to being a TTC musician, and augmenting her studies in jazz at Humber College, she’s now working on her own collection of original recordings.