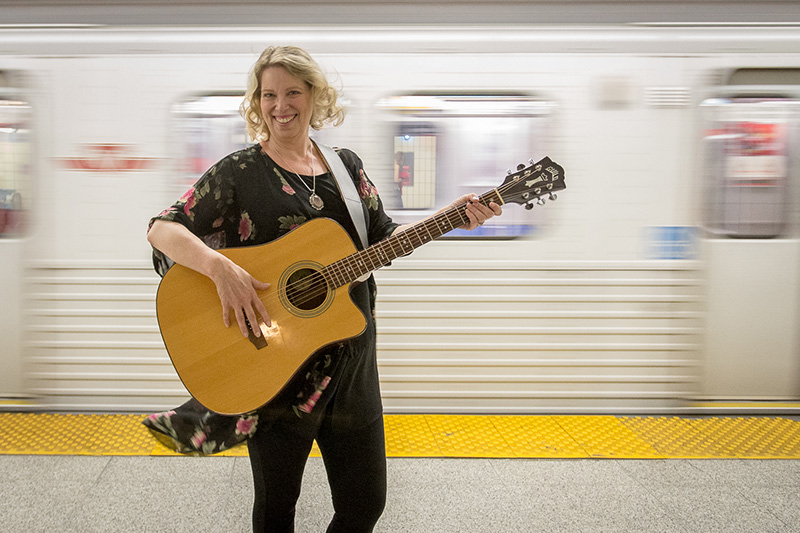 Kim Cole is a proud TTC subway musician and a self-taught singer/song writer, guitarist and mandolin player who found her love of composing music over 20 years ago. Kim classifies her genre as spunky alternative country with her inspiration from artists such as Steve Earle and Nancy Griffith. After going to school for music business management, Kim realized working in the industry wasn’t for her, she wanted to perform. Kim has been showcased at Canadian Country Music Week, which led to invitations to several Nashville in "In The Round" songwriter showcases.

Sue Peters, another subway musician, introduced Kim to the TTC Subway Musician program in 2009. The two have built a strong friendship and are venturing into theater in the near future.