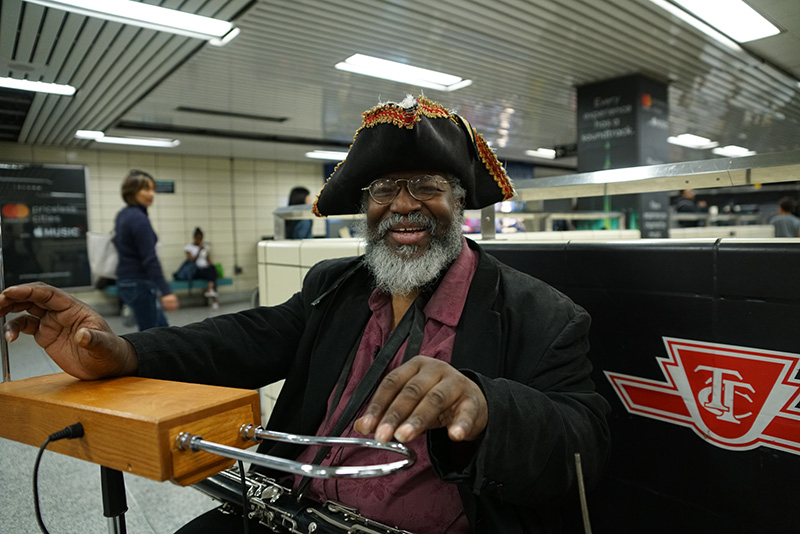 Jeff Burke is one of the first Subway Musicians to get his license in 1989. Every year since then he has held a TTC Subway Musician license, with the exception of one year, when he was stuck at the United States border and could not make it back in time for the auditions. Jeff plays the bassoon, piano, and theremin.

Jeff can be found mixing and matching songs from every genre to suit the feeling of the audience. Some songs that have the most impact are “Kashmir” by Led Zeppelin, “Crazy Train” by Ozzy Osbourne, “Creep” by Radiohead and “With or Without You” by U2. Some of Jeff’s biggest musical influences are Keith Jarrett and Miles Davis. When Jeff is not playing as a TTC Subway Musician he can be found creating new music and even playing for dance classes.