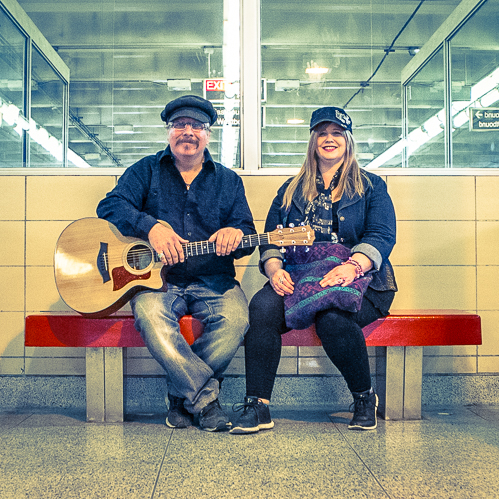 In 2006 a hard-driving rock act was formed by Lisa Smith and Chuck Page. Stylistically, the duo draws inspiration from a blend of rock and R&B. Lisa is known for her powerful vocal strength, easily tackling the raspy feel and undertone of classic R&B divas such as Aretha Franklin. Further adding to their diversity of sound is the complexity of Chuck’s style, which is steeped in the blues yet he is able to effortlessly hammer out riffs required for more metallic sounds. Together, they create an exclusive and immediately identifiable groove. They were nominated for Best Live Act by Toronto Independent Music Awards and also had a number one hit on Internet Radio for 19 consecutive weeks. The pair has played many venues in Toronto, including The Phoenix, The Sound Academy, The Opera House and Massey Hall. Chuck and Lisa have been TTC subway musicians since October 2015.

Connect with Chuck and Lisa