"Getting around the city remains the number one priority for Torontonians. That's why in my first budget as Mayor, we made one of the largest investments in transit in recent memory," said Mayor Tory. "Two years later, we are still seeing real results from this investment, which is making it easier for the people of Toronto to get to work and home to their families."

"The introduction of the five new express bus routes has provided an excellent rapid and reliable transit option for our customers," said Chair Colle. "The new routes have helped to address our city's congestion issues, attract more riders to the system and act as a transit solution at a fraction of the cost of building new infrastructure." 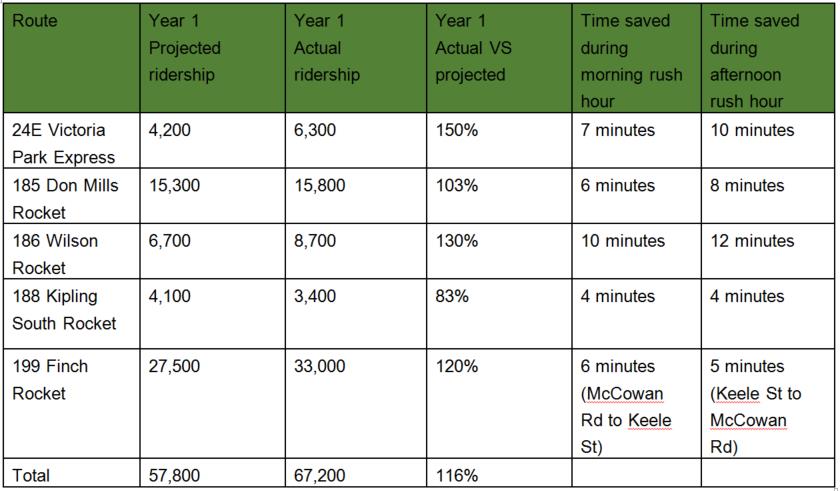 Typically, it takes up to three years for ridership to mature on a route, with 75 per cent of the ridership being generated in the first year. Four of the five routes introduced have reached or exceeded their first-year ridership targets. It is clear commuters take advantage of express routes when they are available.

The new express routes were identified because they are in established, busy transit corridors where they would carry significant volumes of customers while cutting travel times and connecting with major residential, employment, and educational centres. 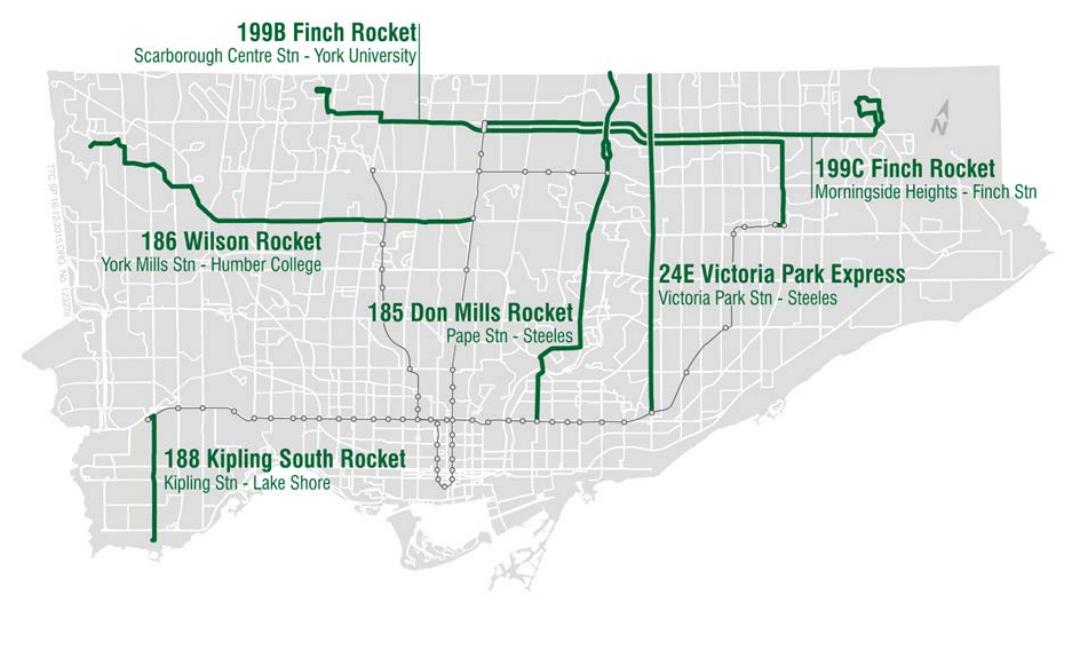