This Tues., Sept. 5, the TTC will begin a nine-month pilot project to test various service enhancements on two of its five Community Bus routes - 400 Lawrence Manor and 404 East York.

During the pilot, buses on those routes will operate more frequently and stop at more locations along the routes. The pilot aims to increase ridership by providing customers with more convenient and accessible travel options for getting around their neighbourhood.

Community Buses use the same type of vehicles as Wheel-Trans, and stop at the front doors of many buildings and landmarks, including seniors' residences, shops, community centres and hospitals along their neighbourhood routes. These vehicles serve regular bus stops but can also be flagged down at any location along the route where safe to do so. While anyone can ride a Community Bus, its features make it a convenient travel option for seniors and people with disabilities.

The Community Bus Pilot is part of the Wheel-Trans 10-Year Transformation Strategy that was approved by the TTC Board last fall. The strategy also includes changes in Wheel-Trans eligibility to include people with cognitive, sensory or mental health disabilities, as well as a Family of Services pilot that began in May 2017. Results of the Community Bus Pilot will be reported to the Board in mid-2018. 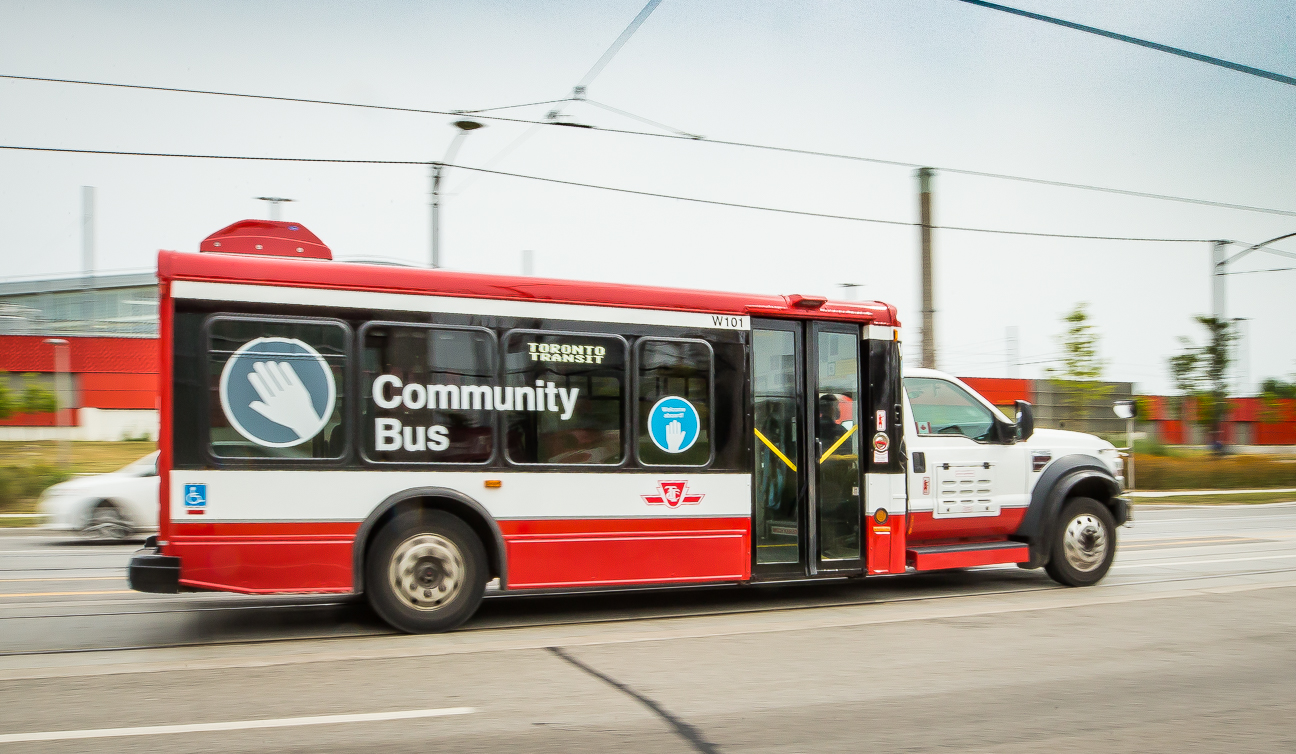