Next week, the TTC launches a system-wide courtesy campaign encouraging polite and considerate behaviour while travelling on transit. See two of the eight ads below.


Using real tweets from TTC customers, the 'You Said It' campaign targets such behavior and unsafe activities as trespassing on subway tracks, not giving up priority seating to those in need, crowding and holding subway doors, wearing backpacks on crowded vehicles, and placing feet and bags on seats.


The behaviours targeted are commonly identified by customers as dangerous, discourteous and disruptive to service, causing delays that inconvenience tens of thousands of people. Many can carry fines ranging from $235 to $425. Those who trespass on subway tracks also risk criminal charges.


The campaign will run indefinitely and appear on all TTC vehicles and in stations. 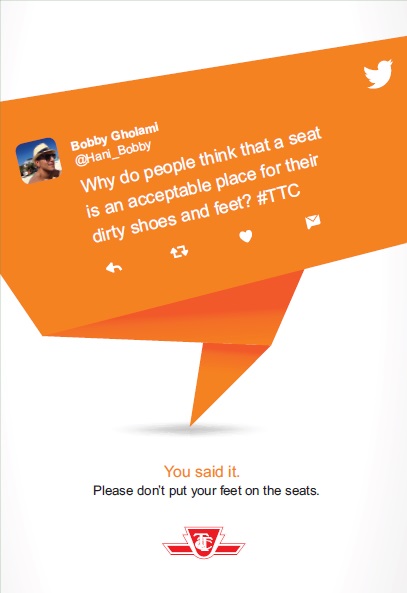 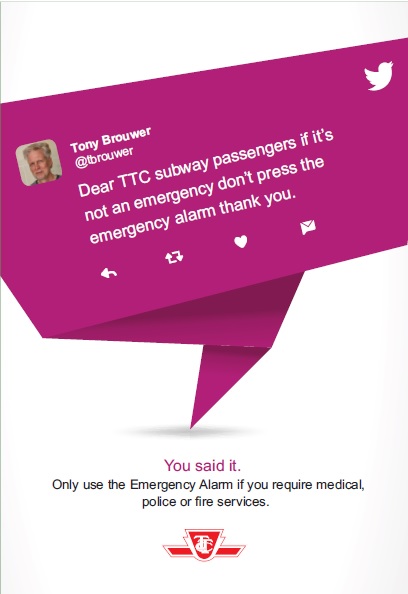