Five new express bus routes will begin operating across the city this March, making it easier and quicker for TTC customers to get to where they need to go.

“The TTC is responding to our customers’ needs and continues to add new and enhanced services across the city,” said TTC Chair Josh Colle. “The five new and enhanced express routes starting in March will provide faster, direct, and more reliable bus service to better connect our customers to their schools and jobs.”

The new routes are expected to attract approximately 400,000 new customers in 2016 and cost
$3.4 million annually (net).

188 Kipling South Rocket
Express service will be introduced on Kipling Ave. between Kipling Station and the Humber College campus on Lake Shore Blvd. W., during the daytime from Monday to Friday, when demand is greatest at the college.

186 Wilson Rocket
Express service will be introduced in the Wilson Ave. corridor between York Mills Station and the north campus of Humber College. This new route will replace the existing 96E Wilson Express branch, and will operate during the daytime Monday to Friday, when demand is greatest at the college. 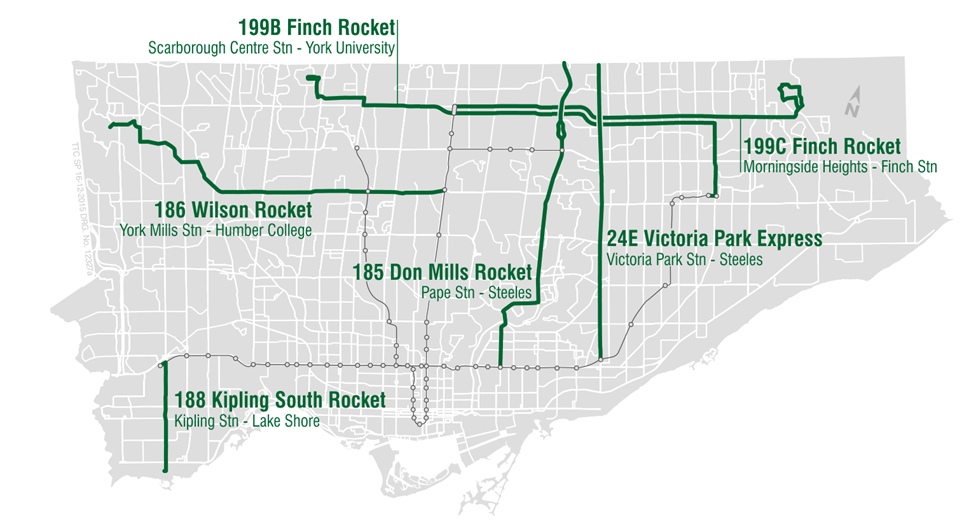