TTC history is inseparable from the history of Toronto. Get the historic details on the TTC, how it was built and how it has grown since 1861.

2011 marks the 90th anniversary of the Toronto Transit Commission as a public service in the City of Toronto. Since 1921, the TTC has carried nearly 28 billion riders.

In 1921, the Toronto Transportation Commission officially took over a mix of private and municipal street railways. Today, the TTC serves the city with a grid network of three subway lines, one intermediate capacity transit line, 11 streetcar lines and more than 160 bus routes. 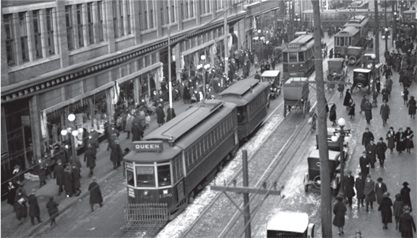 Above, a 1921 view of Queen Street looking east to Yonge Street; below, the new Toronto Rocket subway train, 2011. 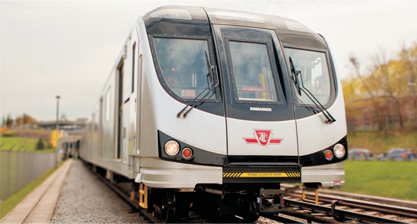